Home / What on Earth are you doing? / The Power Of Listening

The Power Of Listening

The Power Of Listening 19/11/2017 Bex
What on Earth are you doing?
0 Comment
AnxietyDepressionIndependent MusicIndieListeningMusic ReviewsStereo Stickman

The thing that makes the features and reviews at Stereo Stickman so different..

The music industry has these companies and these stages that are huge, and they’re a means to reaching a lot of people, a LOT of people – all the people in some cases. This platform didn’t need to rush to follow in those footsteps because, there’s plenty in place for that. Obviously, I want as many people as possible to listen to the artists and bands that we share, and I push for that – in just two years the reach has grown greater than I ever expected, but this was through focusing on connecting with people, one by one – following, following back, saying hello, sending replies, listening, being visible – not being fake. It takes a lot of time if you’re doing it organically and without money. As a new starter, an artist or business, you can’t generally appear to millions of people without a well known connection or without putting up a hell of a lot of money. If you try, and you do it cheaply – which, you’d have to if you’re part of the majority – you generally end up being lied to. You see this all over the internet, companies or individuals promising the world and delivering next to nothing.

I come at this from the position of a musician and artist first, so my intentions are the same as the people I work with. If you take part in something that promises the world, that seems too good to be true, it most probably will be – at best you’ll appear in a bunch of news-feeds, many of which are fake accounts, and very few people will actually click through or acknowledge your work. Really, if you’re promoting and sharing something you’ve made, you have to think about what you want to achieve with your music – what’s the end goal? Then put yourself in that position. Become the person on the other side of the world, listening to your music and browsing through your social media – maybe even buying your latest release. Be that person, then work backwards from there – reverse engineer it to see how you made it to that point.

How did you hear about your favourite indie songwriter? What exactly was it about them that you fell in love with? The crisp and clean polish of the sound? The frequency of their advertising? Maybe. Maybe not. Maybe someone recommended them and so you listened in a certain way, a hopeful way; an optimistic and open way. Maybe the beat swept you off your feet. Maybe you heard something that made you feel understood, like you had something in common with them. Maybe they sounded incredibly confident and that was the exact opposite of who you feel like you are, so it’s interesting to you, and appealing, and inspiring. Maybe they sounded incredibly quiet and vulnerable and you related to that and that made you want to know more about them and their story.

I consider my job to be to listen, above anything else. That’s what I wanted it to be, that’s what I enjoy, and that’s what people generally appreciate and respond to. I listen to what you’re saying, doing, creating, meaning – I don’t listen for how likely your track is to appeal to a mainstream audience. It’s great to be known, have your name and face and voice recognized by many, make a lot of money. Really though, before any of that, there are so many pressing issues and important things to focus on. Whatever your goals, you need to be strong and happy and prepared for anything. The world is struggling and we need far more positivity and strength to shine out on us. If you’re in the dark, it’s probably because you’re holding the torch.

We have more people than ever in the world, at this moment, and so many are suffering with mental health issues. Lots are talking about it, thankfully, which is important, but a lot also aren’t. They keep it in. They don’t see it as an internal struggle, they see it as the external world not having room for them or needing them, and that makes everything feel heavy or difficult or pointless. Part of the problem is that we feel unheard, unseen, like we don’t matter, we don’t count, we’re always misunderstood. It’s important to mention too that some of the most famous musicians have openly struggled, sometimes to a tragic end, with inner demons that the rest of the world had no real idea about, because we didn’t see it, or we misunderstood it. As soon as they’re gone, their words appear differently, their voices sound different, our perspectives shift and we start to feel as if maybe we understand. But of course by then it’s far too late.

In some cases, there are artists who made it big through a misunderstanding of what they were trying to express. Their hit songs were re-vamped and re-made just before being shared with millions, to ultimately represent something that wasn’t at all what it meant to them at the point of creation. Asaf Avidan and the One Day remix comes to mind, but there are so many. You can make a lot of money from music if you work hard, and if that’s the only goal then you’ve won and you probably feel great, but if it wasn’t – then it can become even clearer that nobody really knows you. You have even more people misunderstanding you, and you have hardly anyone left to introduce yourself to in the right kind of way. There’s no-one left to honestly define yourself for, or at least it can feel that way.

The thing that I do and that I want to maintain and not make expensive or out of reach, for ANYONE, is offer the opportunity to be truly heard. If I’m reviewing your music, I’m spending time with you and your music and nothing else. That moment is dedicated to listening and trying to form some sort of understanding, and then talking about it in an articulate and appealing way, never lying, but also never dwelling on anything that might not work in the mainstream or that isn’t the industry standard or that is a bit of a weak link, musically – as is perhaps the standard method of reviewing music. I aim to talk about it in a way that makes people hear it differently.

Perspective is everything. Depression and anxiety change our perspectives and they make everything dark, they flip everything upside down – the good becomes bad, the major key of our life becomes a minor key and you can’t remember anything as the beautiful thing that it was. In a similar way, if we’re told that these things work, these are the things that are played on the radio, this is the only thing that’s great, then when you hear something new, you dislike it – you don’t appreciate it, you don’t give it longer than a second or two. We’re all influenced in this way. It’s not that we’re stupid, we’ve just grown up trusting in the mainstream media because our families and friends do, and we want to be accepted and included, and so the big names and the information we’re given each and every day we take as unchangeable because why risk exclusion when life is so short? We don’t question it in the same way that we don’t question the food we buy from the leading supermarkets, it’s just the way it is – the system works so that we don’t have to worry. But what if the system is keeping us in the dark? What if the system has flipped our perspective upside down, and there’s beauty on the other side that we just can’t see anymore?

The way we want to help or serve artists, bands and producers, is firstly by genuinely listening, and then by authentically presenting the work in a way that makes other people genuinely listen as well. It’s music – it has to be heard. I write the article, I choose what I think are the best couple of quotes from it, those that will make people not only notice the link in their feed, but make them want to click through, make them want to click play, and that’s it. If successful, the artist’s name, their artwork, and their sound (hopefully) has all been received. They mattered to someone, in that moment, and hopefully in another. And again and again.

The location element is an additional boost for people looking for new music that is local to them, this will always be a part of it. We’re connecting people from all over the world, we can listen to music from just about anywhere. As it’s a community run by average Joe’s though, we understand that you’re not likely to fly thousands of miles to see a gig. Fortunately, the world is huge, and the means for sharing music and connecting with each other has never been greater. There’s always something new to be discovered.

There’s no need for anyone to feel anxious or isolated or depressed for any extended length of time, if we’re all in this together. If we just try to be a little more present with each other, if we listen a little differently, and open our minds to new methods of creative expression, we start to understand. And that’s all most people really want. To be heard, to be understood, to be appreciated. You get what you give so giving is a pretty great place to start. Let’s listen to each other. 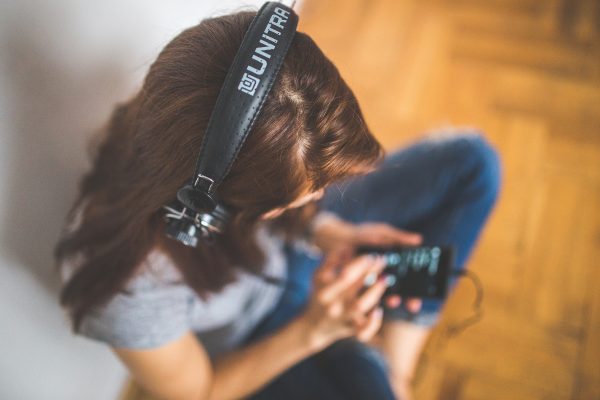