Home / What on Earth are you doing? / Teaching Guitar: The Basics

Teaching Guitar: The Basics 13/06/2017 Bex
What on Earth are you doing?
0 Comment
BeginnersGuitarTeaching 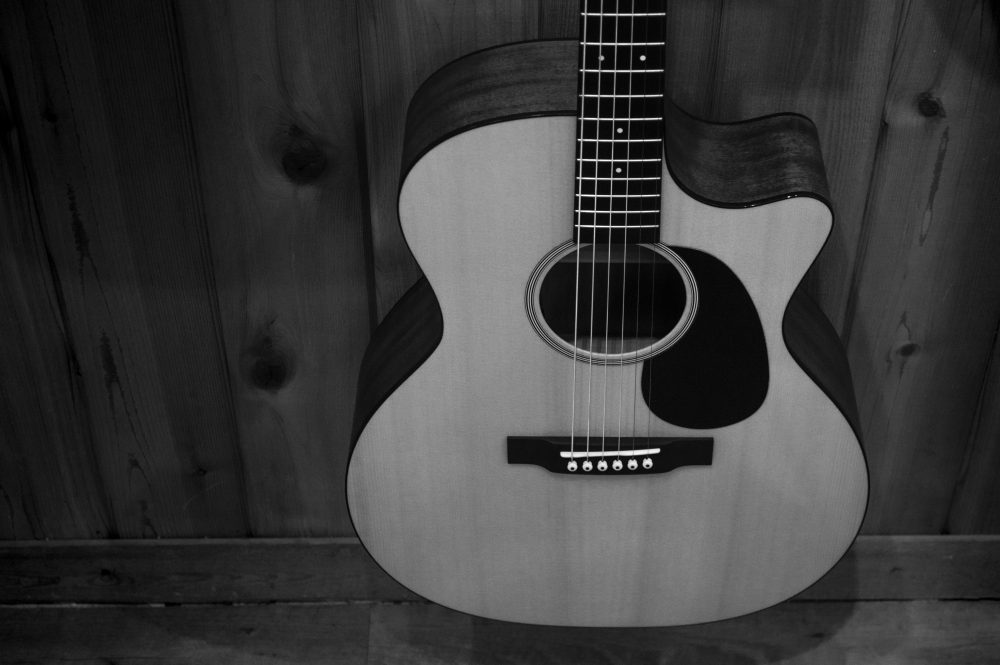 I’m about three months into regular, weekly teaching now with a couple of different students – different ages, different interests, different abilities. What at first seemed like a daunting task to configure creative ways of keeping someone, particularly a child, engaged, entertained, and interested in learning something new (something that’s often difficult and potentially repetitive), has soon become an enjoyable evolution and an ongoing, inspiring challenge.

By far the greatest thing about teaching is to witness the skills developing in the students as the weeks go by. Between different sessions this varies significantly, but this too is part of what makes it so interesting and what inspires me to want to continue. Furthermore, the more I learn – which I do, and perhaps wouldn’t have at such scale without jumping wholeheartedly into teaching – the easier it becomes to think of new and creative ways to inspire that skill development in the students.

As most guitarists will know, the hardest part of learning to play takes place without question during the first few months – simply trying to hold down the strings, remember the chord shapes, co-ordinate hands and eyes and ears in a way that is completely new to the brain. Once you overcome that initial hurdle, learning becomes so much smoother, and so much more fun – as is the case with many, many things in life. It’s the getting started that’s the hardest, and fortunately, the more time that passes, the more excited I am as a teacher to get the students to these points at which they too have overcome those initial barriers, and they too are now excited and eager to start learning songs and riffs and just generally being more creative and awesome.

To start at the absolute beginning is a difficult thing to relate to at first, but the fact is that we were all in that exact same position at one point. Luckily for me, I can remember quite vividly the frustration of having a guitar in my bedroom and barely being able to throw together a single-string melody on it for quite some time. Then of course, shortly after this, something clicked – any subsequent memories are of constantly practicing the intros to various rock songs, theme tunes, (or simply making up ‘scales’), and performing them for my mum and sister. The jump from not being able, to not being able to get enough, is a quick and almost painless one, but only you can summon the energy and effort to let your feet leave the ground in the first place. The learning is never finished. The writing and improvising and jamming and enjoying – there’s no final level for all of that stuff. But getting to a point at which the learning makes sense, and is enjoyable, and is almost immediately satisfying, is the main thing that we, as teachers, can strive to help students do.

To begin with, a brief bit of theory is all you really need – nothing too heavy. Go so far as stating what the strings each represent when in standard tuning, how to tune the guitar, what each part of the guitar is called, how to properly hold it. As you move forwards, always mention what notes are being used, what the chords are called, and what key a certain song is in, but don’t overload them with information. Keep it simple and relative to what you’re doing in that instance. Actions often speak louder and more effectively than words. Keep showing them how it’s done, and keep getting them to do it themselves. It’s amazing how quickly some students can remember a particular pattern or riff from one week to the next, even if you thought it was one you’d barely looked at. Much of the learning and developing will take place in between lessons, just make sure to plant the best possible seeds.

In some cases, people have the wrong kind of guitar entirely for their size or ability or interest. Advice always goes a long way in these cases, but whatever the situation – for absolute beginners, you can generally work around any kind of practical issues, get to the important stuff, and at the very least ‘have a go’, regardless of the guitar. 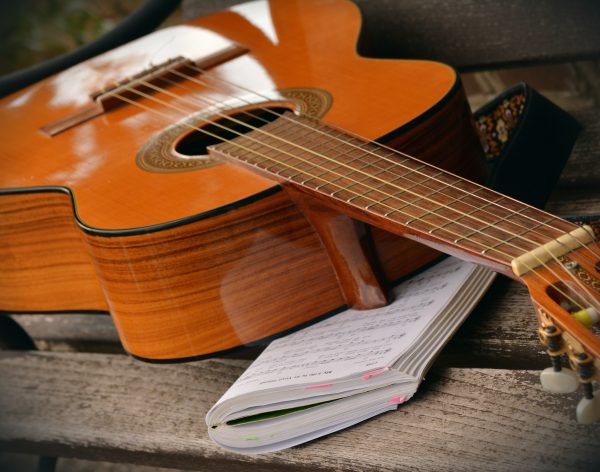 I recommend with children simply handing over a guide or poem as to what the strings each should be tuned to – Easter Angels Don’t Give Broken Eggs is a personal favourite. To be honest; this will work great with most adults, too. From here on you can simply get started learning some melodies. Use tablature to begin with, touch on what the notes are and which string each finger should be placed on (and in which fret). You can get tabs online or just write out your own – nursery rhymes are nice and easy to start with, most people already know how the melodies go so it’s only a matter of matching the notes in your head (or coming out of your mouth) to those available on the guitar. The more times you go over it, taking turns between teacher and student, the more the movements of that particular song will start to sink in. Keep things simple though, and always keep things moving. If it’s not working, move on to something different and come back to it later. Let the air clear and the knowledge and ability will settle in over time.

As the student plays, it’s a great opportunity to simply observe and make sure everything looks as it should. Make things as easy as possible, advise on positioning, make sure the thumb behind the fret board is being utilised to apply the right amount of pressure so that the notes ring out properly (it’s quite common to catch an un-engaged thumb amidst the sound of a ‘fluffed’ note).

On top of this kind of thing it’s important to go over the chords, even though most beginners may struggle with these for quite some time. Empathy is invaluable; we all struggled at first, and some of us still do on occasion. Repetition is the key, but finding new and interesting ways of repeating the same positions and movements will help maintain interest. New songs, for example, pop songs that use easy chords – lead by example and you can quite easily inspire enthusiasm in a music fan. Just ten minutes or so during each hour lesson is enough, and when things get too difficult, frustrating, or boredom looks set to arrive, simply move onto something more fun or something that you know the student has already almost mastered – an enjoyable melody, for example. Ten Green Bottles, Twinkle, Twinkle, & Happy Birthday are all very easy, four string max. songs that are fun to learn. If we feel we’re able to do something, we’re far more likely to continue doing it – as is the human way!

In addition to these ideas it’s important to look at strumming patterns, rhythm, finger picking methods, again trying to relate this to different songs – every lesson is different because most people have completely different musical preferences, so be sure to ask questions and prepare for each lesson accordingly.

There are also what some people like to call ‘cheat chords’ that can be useful if a student is finding two or more fingers to be a little difficult to co-ordinate at first. This is, for example, to use the highest notes only of the G or C, and just play the thinnest three strings. It’s a great way of working on finger picking patterns and practicing changing between chords to a particular rhythm. The cheat G would be to hold down the thinnest string on the third fret, and play only that and the two above it in a gentle pattern. After four bars, switch to a cheat C – the B string held down in the first fret – and after four again, switch back. This gives an early feeling of being able to play a song or backing track, one which you can sing over or even write your own melodies to. It’s great to be able to have any pattern of this sort that allows beginners to keep the music moving along consistently so that eventually (fairly soon, in most cases) they reach a point at which they can do it without even looking down at their hands.

All of this is the sort of improvised teaching that I’ve come to explore, on top of the regular, recommended methods that come in various books and guides. I always take the big-gig-bag book of scales along with me, and some form of written music or tablature generally helps re-enforce the visual and theory element of learning, which is invaluable and definitely something that I personally avoided for far too long when first learning to play.

The bottom line is that you never know what sort of session you’ll get each week with different types of people. It’s important to be open to finding new methods, and to always try to keep things interesting; making it relevant, connecting it to things the student enjoys or is already familiar with. This is the outright most effective way of getting someone to learn. Again, it’s great if they have a musical preference they can tell you about – a little bit of homework and you can bring their new favourite song along (in cheat and / or full) each week, and the improvements will most likely continue to grow alongside of the enthusiasm.

If you’re reading this and have come across new ways of overcoming hurdles when teaching, particularly with children – please feel free to comment below. I’m always keen to get beginners to the next level and there are so many different ways of approaching it. I’ll keep you updated on any further developments as time goes by 🙂